In voting which concluded this morning at 3am Eastern, the Green National Committee revoked the accreditation of the Georgia Green Party as a member state party of the Green Party of the United States.  The final vote tally was 119 Yes, 17 No and 6 Abstain.

The vote was the result of a complaint filed by the National Lavender Caucus against the Georgia party accusing the Georgia party of “transphobia” for a platform amendment adopted at the state party's 2020 Bonaire Convention, held on February 22d of last year.  The amendment endorsed the Declaration on Women’s Sex Based Rights, an international campaign that has obtained 19,078 signatures from 138 countries and 358 organizations. The Declaration supports privacy rights of women and girls to female only spaces such as changing rooms, communal showers, shelters, and jails, as well as female only programs such as sports programs, special scholarships and set-asides that aim to secure equal opportunity for the female sex. The Declaration also advocates for the protection of gender non-conforming children from experimental treatments that will likely render them sterile and cause other permanent harms.

A Minority Report from Accreditation Committee member Jeff Sutter paints his committee's upholding the Lavender Caucus complaint and referring it to the National Committee as having glossed over, "a reality that's psychologically, medically, and politically more complex" than proponents for expulsion have painted it. He found, ‘the positions taken by Georgia were not transphobic” and that Georgia had a “long history of empowering individuals and groups from oppressed communities.”

Indeed, the Georgia Party’s platform amendment endorsing the Declaration reflected an attempt to balance the conflicting rights claims of both sides:

"We believe that it is possible for responsible policy makers to weigh the conflicts between existing law and the demands of those campaigning for the legal protections of trans-identified individuals, and to find nuanced approaches which will protect the latter without gutting from the former the gains that women have made for the protection of the sex-based rights of women under the law."

Sutter also found that there were multiple authoritarian abuses of democratically agreed to rules of the national party; perhaps most significantly, a refusal, over objection to enforce the recusal rule, respect for which would have left the original motions on accepting the complaint failing for lack of a quorum. Also at play was an ongoing campaign of abuse, bullying and harassment of those holding dissenting views.

In her brief in "Defense of the Georgia Green Party to the Complaint of the Lavender Caucus", Ann Menasche, counsel assisting the Georgia Green Party in their defense, characterizes "(t)he Lavender Caucus's Complaint (as) full of misstatements of facts and half-truths, and smears based on nothing more than 'guilt by association'  .  .  .  This shameful persecution echoes the notorious methods utilized by the McCarthy witch-hunt of the mid-20th century”.

"Last week's vote, built on a record of repeated due process violations, has made it clear that the members of the national committee are neither prepared to govern nor to serve as 'responsible policy makers' in a democracy," said Hugh Esco, Secretary of the Georgia Green Party and a lead sponsor of the platform amendment at the heart of the controversy.  The Georgia Green Party has been supported in its defense efforts by a broad coalition of hundreds of Greens across the nation (and around the world), many operating as a Dialogue Not Expulsion Caucus, which has given rise, as well, to a new Green Alliance for Sex-Based Rights expected to soon announce the launch of its website.

Advocates for Georgia have characterized the vote as a blow to the national Party’s long-held commitment to feminism. "The position of the Georgia party is far more consistent with the letter and spirit of our national party platform than is that of the Lavender Caucus which relied on a narrow misinterpretation of a single sentence in our platform," said Ms. Menasche. "We have apparently failed to conduct the political education necessary to integrate new Greens into our party's historic commitment to the liberation of women. It’s heart-breaking to watch as our party is captured, as have been so many organizations on the left, by this misogynist ideology."

"We remain confident that Green voters are still prepared to rally around the independent and majoritarian politics we offer which places sanity, material reality and the long term interests of our families, our communities, our global neighbors and our planet at the heart of its work," said Esco who has spent three decades so far building the Green Party. "The Evergreening of our national party, culminating in last week's vote ended an abusive relationship, but not the intention of the Georgia Green Party to offer the people of Georgia candidates worthy of their vote and trust."

Today the author of a suppressed minority report has released its contents to the public.  Ignoring party rules requiring that "(m)inority reports shall be submitted . . . when requested by committee members", national Party Secretary David Gerry (of Massachusetts) and Floor Manager Tamar Yager (of Virginia) this morning initiated discussion on GNC #1062 without reference to the minority report filed by a member of Accreditation Committee, which had referred the resolution for National Committee consideration.

The minority report was authored by Jeff Sutter, appointed to serve on the committee by the Indiana Green Party.  GNC #1062 represents the referral by the Accreditation Committee of a complaint filed with them by the National Lavender Caucus.  If adopted, #1062 would result in the revocation of accreditation of the Georgia Green Party. The Georgia Green Party has been a member in good standing with the national party since before the 1999 Moodus CT meeting, prior to the party's formal recognition in 2001. Sutter was left to publish the report on his own, as its existence is being suppressed in official party archives.

In his minority report, Mr. Sutter lays out his conclusions on the first page before spending 9 pages arguing the evidence backing up his findings, and an additional two appendices citing key excerpts from the defense pleadings and the testimony of the expert witnesses for the defense.  Sutter wrote in this introduction:

"With respect to the first goal, it has become clear to me that the positions the Georgia party has taken are legitimate from a Green point of view. Before I started reading further about this issue, I would have signed right on to the grievance, with “of course that’s right!” But no more. A closer look reveals a reality that’s psychologically, medically, and politically more complex."

"With respect to the second and third goals, I believe that the committee has failed. A biased and stacked Accreditation Committee has made fair consideration of the issues impossible, in my view. Further the process to date on the Complaint has been so thoroughly tainted as to render illegitimate any determination to revoke the Georgia party’s accreditation on the basis of the report it produced." 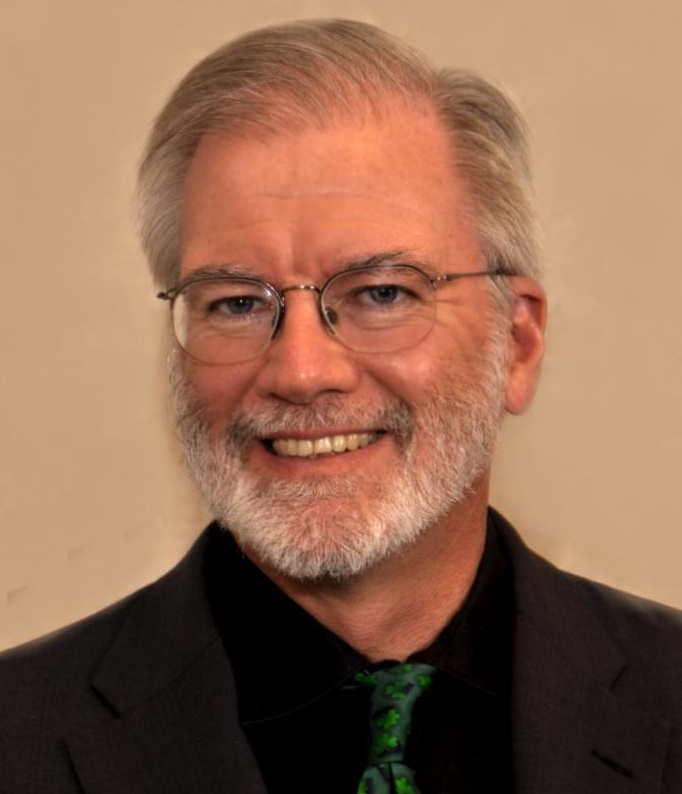 "  .  .  .  recent actions and statements of the GPUS Accreditation Committee, Steering Committee, National Committee Forum Managers, National Committee and the Lavender Caucus -- all taken in support of the Lavender Caucus’s proposal to suspend the affiliation of the Georgia Green Party – betray the democratic principles and precepts upon which the party was founded and evince a clear intention by the party majority to suppress dissent, elevate policy positions to the status of inviolable “principles,” and rule by decree rather than by democratic process. It has become increasingly apparent that the GPUS is determined to become a rigid dogmatic sect rather than a political party in which policy questions and interpretations of the Ten Key Values can be freely discussed and debated, and in which minority viewpoints are tolerated."

Their resignation is likely the highest profile public fallout to date within the U.S. Green Party resulting from the tactics of what their letter characterizes as "a mob of dogmatic, self-righteous authoritarians" within its ranks.

In their heavily footnoted 13 page letter, the Central Illinois grandparents who have devoted 25 years to building the Green party while raising their family, cite a broad range of offenses by various members of party leadership which they assert violate the founding values of the party, including:

Last week, the Georgia Green Party released videotaped testimony of six expert witnesses who were denied a hearing before the Accreditations Committee, as a part of their defense in proceedings seeking to revoke the accreditation of the Georgia party as a member of the Green Party of the United States.

On December 23, 2020, the National Lavender Caucus (LC) filed a complaint against Georgia seeking the revocation of its accreditation as a member of the national Green Party.  Since then, the Georgia Party has been forced to battle spurious charges of transphobia while being denied a fair opportunity to defend itself.  The Accreditations Committee is expected to soon refer the Complaint against Georgia to the Green National Committee.

The witnesses, denied a hearing before the Accreditation Committee, and featured in the depositions released last week include:

Kimberly, who identifies as transgender, formerly coordinated transgender health services for young people at a multi-disciplinary clinic in British Columbia.  Kimberly testified to making the choice as an adult to transition due largely to the homophobia encountered as a lesbian and expressed concerns about the 'ideological capture' of the 'systems of care' which currently shapes gender medicine, testifying that "80% of the improvement in my mental health has been the rejection of queer theory and gender ideology as a part of my identity and a part of understanding what gender dysphoria is".

Video Depositions in the matter of the
National Lavender Caucus vs the Georgia Green Party
https://www.dialoguenotexpulsion.org/nlc-vs-ggp/testimony