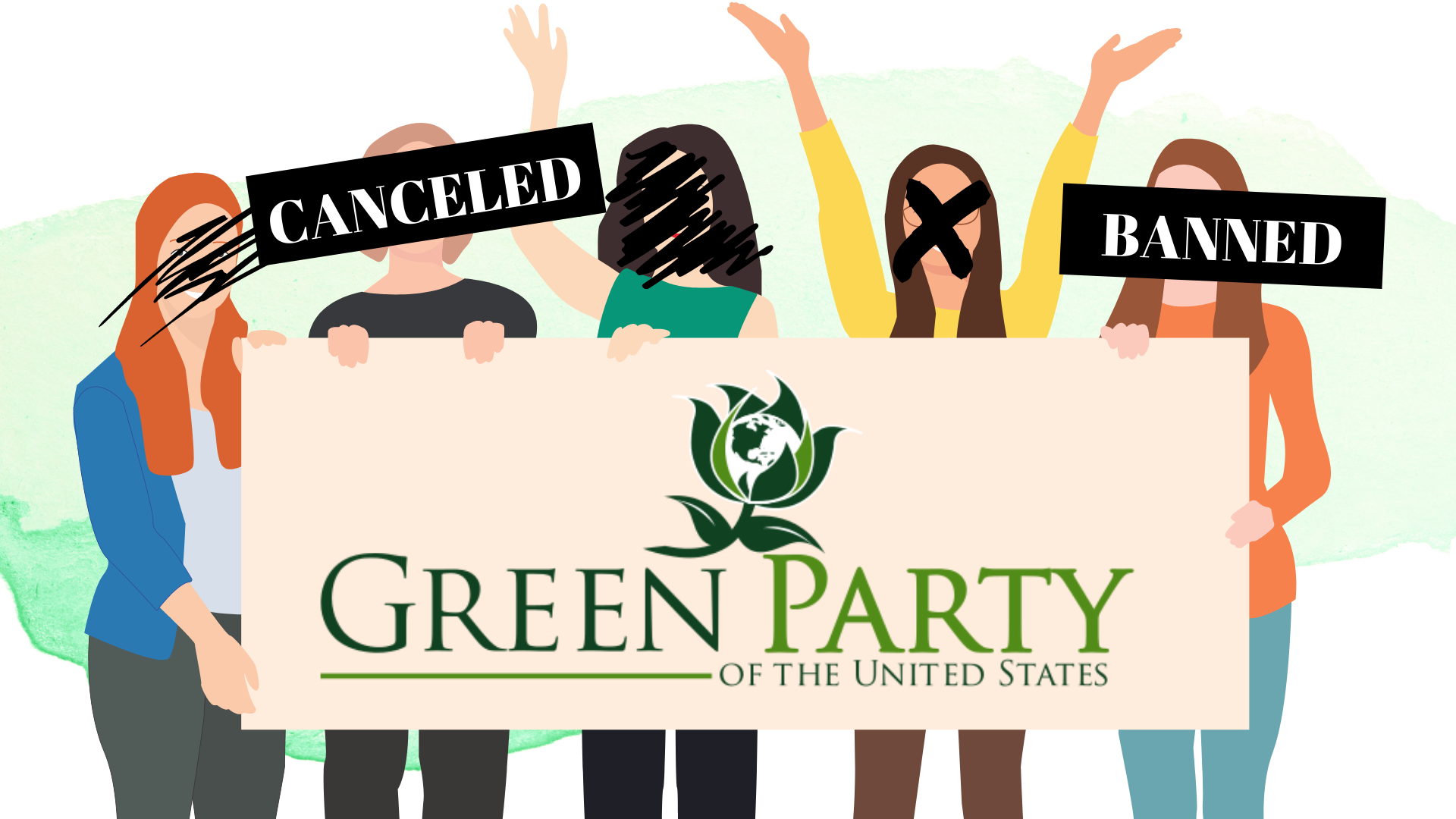 Feminists in the United States are increasingly finding themselves politically homeless. Of the two major political parties, one has made clear its intent to enshrine “gender identity” into federal civil rights law via the so-called Equality Act which as written, would completely negate the existing sex-based rights of women, while the other stands in opposition to the Act, though for what many consider to be the wrong reasons.

This dichotomy has led some left-leaning women to seek refuge in alternative parties such as the Green Party (GPUS) which, in addition to its commitments to grassroots democracy, social justice, ecology, and peace, also includes “feminism” among its 10 Key Values.

Yet for those of us who assert that a woman is an adult human female, and hold that women are oppressed based on their sex and reproductive capacity (as opposed to whatever sex-based stereotypes they do or do not adhere to) the GPUS has not been particularly welcoming. I would go so far as to say that we Greens with gender critical views, and even those who take no position in this debate but call for dialogue not expulsion as a preferred means of resolving political disputes, have been met with outright hostility in most GPUS spaces.

In mid-September of this year, I and Thistle Pettersen, feminists and Wisconsin Green Party members in good standing, joined the GPUS National Women’s Caucus (NWC) intending to generate support for the Declaration on Women’s Sex-Based Rights, a document which reaffirms commitment to international standards on the rights of women and girls. On September 24, we each responded to a post contributed to the Work List of the NWC which advocated that the NWC host a workshop or panel discussion on what was termed “gender 101.” The workshop would in essence be further indoctrination into “gender identity” ideology, which is in direct contradiction to GPUS’ key value of feminism.

One caucus member diplomatically responded that perhaps a more open discussion that included all points of view on this topic might be more beneficial to the NWC and the Party as a whole. Thistle concurred and asked if caucus members were “familiar with the efforts of WoLF, FIST, and the WHRC USA to protect gender nonconformity while also protecting women's sex-based rights.” I joined my sisters in their commentary and stated that, “I would very much like to see an open discussion ensue re: the sex-based rights of women and girls and how they are being negatively impacted in the current political climate.”

Considering we were contributing to the listserv of the NWC, we assumed that the perspectives of all female caucus members would be valued. We assumed that the NWC’s alleged “respect for diversity” also included respect and tolerance for diverse opinions, particularly in a political party that claims feminism as one of its 10 Key Values, and most importantly in an identity caucus that exists to engage women on issues of personal and political import to them as an oppressed sex class.

We apparently assumed wrong. Co-chair of the Women’s Caucus, Ann Link, immediately asserted that the mere mention of any organization that advocates for the sex-based rights of women “goes against” the Green Party platform plank which states:

“The Green Party affirms the right of all persons to self-determination with regard to gender identity and sex.”

It appears that Link’s stance is that because this particular platform plank exists, and because the NWC has issued a statement “affirming” this principle, (despite the fact that conflicting platform planks also exist that clearly support the rights of women, as well as the fact that the platform is a living document that changes over time), no party or caucus member is allowed to express an alternative point of view without being met with harassment, disparagement, doxxing, threats of violence—or other foul, well- documented, maneuvers intended to silence dissent—and eventual banishment from Green Party spaces, including the National Women’s Caucus.

Our suspicions were confirmed on October 11, when we received notice that Thistle and I had been, “removed from the National Women’s Caucus email list for violating caucus bylaw III.2 – respect for diversity and respect for NWC members.” The email further stated:

“This is because of a series of posts you sent initiating discussion on the Declaration on Women's Sex-Based Rights and similar content, which denies that people should have the right of self-determination with regard to gender identity and sex. This right is supported by our platform and a statement approved by our caucus. These posts have created a threatening environment in our caucus, which should be a safe and supportive place for all our members.”

To be clear, what did not make for a “safe and supportive place” was simply “initiating discussion” on women’s sex-based rights. This is despite the fact that recent poll results show that an overwhelming majority of registered third-party voters support measures that the Declaration calls for, such as protecting women’s single-sex sports, prisons, and shelters.

We were also told that unless we recant our alleged heresy and promise to sin no more, we will not be reinstated to the listserv and would be officially removed from caucus membership—metaphorically burned at the stake. How this provides a “safe and supportive place” for women, lesbians, and those who don’t conform to sex-based stereotypes within the Green Party is unclear.

On October 27, Thistle and I published this open letter in response to our expulsion from the Women’s Caucus Work List. We find the co-chair's stated position with regard to this matter to be invalid and we request that our full participation in the Work List for the National Women’s Caucus and hence our full participation in the business of this caucus be reinstated without delay and without conditions.

We maintain that defending the sex-based rights of women is not hate and that biology is not bigotry. We further maintain that “respect for diversity” also includes respect and tolerance for diverse opinions, particularly in a party that claims feminism as one of its 10 Key Values, and most importantly in an identity caucus that exists to engage women on issues of personal and political import to them as an oppressed sex class.

We join hundreds of other public signatories calling for “Dialogue Not Expulsion” in response to the silencing of feminist voices within the Green Party of the United States. Their statement reads:

“We ask that all member state parties, caucuses, candidates, and locals of the party take a step back from any suggestion that state organizations or their members be decertified, sanctioned, or silenced for positions they have adopted, or for concerns which they may have expressed on these important issues. We value decentralization, grassroots democracy, and a united Green Party—which will be especially important in this difficult election year. The political principles that unite us remain far more important than the questions where we clash, significant as those questions might be.”

If you are a member, volunteer, contributor or supporter of the GPUS, you can sign the Dialogue Not Expulsion statement (or sign the statement and also join the caucus) to show your support for allowing dialogue on issues affecting women here.